Life With Cheeta the Chimp 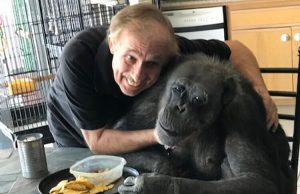 In a peaceful California sanctuary, the former film star is well cared for and loved.

I Had An Affair With My Straight, Married Neighbor. Then His Wife Emailed Me. 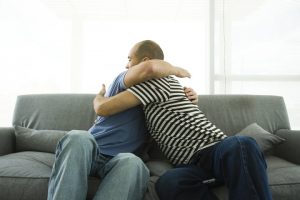 The email came from out of the blue a few months ago. It was from the wife of a man I had been secretly involved with. “How long did your affair with my husband last?” she demanded to know. “I’d like the date range of the years, please. I wrote about my experience in HuffPost and it went viral.

It was after the first dozen or so women came forward to tell their stories of sexual abuse by men in power that I was transported back to a summer’s day in Italy, some 30 years ago. It’s there I encountered a tour guide named Giovanni.

The 13 Best Broadway Songs About Getting Older

At age 66, Andrea Martin’s Tony-winning performance in Pippin is an inspiration for all boomers. The highlight of this circus-inspired Broadway revival is her rendition of “No Time At All,” a feel-good motivational song about living every moment of your life before it’s too late.

The Ghost of Forest Hills Cemetery

I didn’t used to believe in spirits. . .Now I’m not so sure 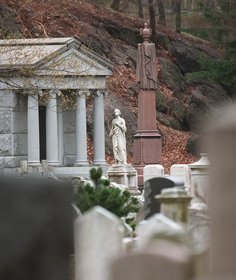 I live steps from the 240-acre, Forest Hills Cemetery in JP. I walk my dogs there several times a day, even at night. The only time I’ve been frightened there after dark is when I heard a coffin lid slowly opening. But it was only the limb of an old maple tree bending in the wind. The tree still creaks and squeaks, and still startles me.

Don’t say I’m brave strolling through a graveyard after the sun goes down. I’m a big scaredy-cat for the most part. Every time I hear my steam radiator hissing at night I’m certain the zombies from “The Walking Dead” have found me.

One reason I’m not afraid to venture into this cemetery at any hour is I know it so well. Its 100,000 residents include writers Eugene O’Neill, Anne Sexton and e.e. cummings. I wrote my master’s thesis about the community of abolitionists who are at rest there, including William Lloyd Garrison. Full of artists, feminists, spiritualists, and freethinkers, it was the cool place to be buried in the 19th century.

Also, I don’t believe in ghosts.

No one is allowed in the cemetery after dark, But the night watchman, who I’ve known for the last 18 years, gives me a pass. When he sees me with my dog, he stops his car, gets out, opens his trunk, and feeds her doggie treats. He used to have a white lab named Charley, who patrolled with him. Charley died five years ago.

One night a few years ago I asked him if he believed in ghosts.

“Used to?” He’s not the type to pull your leg. I insisted he continue.

“You know the Greek section at the far end of the cemetery?” he asked me. I knew it from my longer walks on Saturday afternoons. The tombstones there have multi-syllabled names, like Angelopolous and Karahalios. A spiked, iron fence separates that section from a wooded bird sanctuary.

“About 10 years ago I was working a daytime, Sunday shift,” he said. “As I was driving through the Greek section, I saw an old lady who was dressed in black. She was standing behind a tombstone — leaning atop it, actually. Something seemed off about her. Charley started barking at her, which was weird. He never barked at anyone. He wouldn’t shut-up. So I stopped the car. But when I got out, she wasn’t there.

“I couldn’t figure out where she had gone. She couldn’t have climbed over the fence. I searched all over the place for her. I even looked for footsteps, but there were none. I tried to get Charley out of the car to help me find her, but he wouldn’t budge. He just stayed in the backseat.”

“You really think she was a ghost?” I asked my guard friend. “There’s more,” he replied.

“Later that afternoon I was doing my rounds when I a guy in a passing car flagged me down. He was with another young man. They told me they were trying to find their grandmother’s grave. They looked Mediterranean, so I said to them, ‘I might know where it is.’ Follow me.’

“I took them to where I saw the old lady in black. As it turned out, their grandmother’s name was on the tombstone. They couldn’t believe it. They wanted to know how I knew where she was. So I told them what I saw earlier. They said that it all made sense. Their grandmother had told them that she wanted them to visit her grave on the first anniversary of her death, which was today. She said she’d make her presence known.

“I guess she was waiting for them, and they were late,” my friend said to me.

He may think he saw a ghost. But I’m not convinced. I figure there must be a rational explanation. Perhaps he had seen a shadow on the tombstone. Charley could have been barking at a squirrel.

I’ve haven’t let his conversion from non-believer to believer keep me out of the cemetery at night. It’s especially beautiful when the moon is full, and after a snowfall.

I just stay clear of the Greek section.

I was home sick with a virus one night watching “American Idol.” I was motivated to write this blog after guest-mentor Harry Connick Jr. took issue with the show’s judges. It posted the next morning and went viral, bringing me 112,000 Likes on Facebook. I was viral when I went viral. HCJ even called me to thank me.

My Dance With Mr. Bojangles 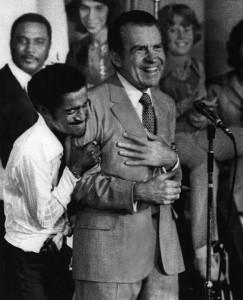 When I was a reporter at the S.F. Examiner in the late 1970s, I was assigned to write a feature about people who live and work at Lake Tahoe. Sammy Davis Jr., aka “the world’s greatest entertainer,” kept a residence there.

Are you the Jon Stark?

I get asked the question a lot. It happened twice on the same day last week. It’s all because I share the same name as Jon Stark, the lead character and moral center of “Game of Thrones”.

Train In The Distance

The year was 1959, and I was 12 years old. I knew exactly what train I wanted. As the holidays approached, I pointed it out to my parents at our local hobby shop. It was an HO-gauge replica of the Sante Fe Super Chief, which ran between Los Angeles and Chicago from 1936 to 1971. Billed as a “grand hotel on rails,” it’s considered to be the sleekest, most beautiful passenger train ever built in America.