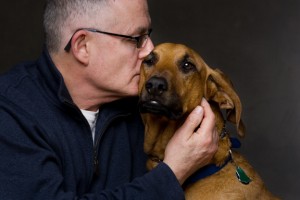 Me and Goldie, my rescued Dobie-Hound

I am a veteran journalist who has written 100 articles and blogs for the PBS-endorsed website, Next Avenue, a lifestyle site for and about boomers. I have been with the site since it began. I chronicle our aging process with humor, warmth, knowledge, and fact-based reporting. “Where grown-ups keep growing” is our motto.

My journalism career began at the San Francisco Examiner, where I went from being a copyboy to general reporter, feature writer, and film and theater critic. I left after 14 years to become Senior Entertainment Writer at People magazine in New York, where I lived for 10 years. In the early1990s I moved to Birmingham, Alabama, to provide a national voice to Cooking Light magazine. I went from there to Boston, where I was Executive Editor at Reader’s Digest’s Walking magazine, Cook’s Illustrated and Martha Stewart’s Body & Soul. I live in Boston, and am currently Articles Editor at Next Avenue.

My freelance articles have appeared in such publications as the New York Times “Arts & Leisure” section, Newsday, Weight Watchers, AARP magazine, American Library magazine, Bark, Cesar’s Way, Yoga Journal and the Boston Globe. I was also editor-in-chief of In Season, a Whole Foods magazine that I helped create and launch.

I teach writing at Emmanuel College in Boston. I have a Master’s in journalism from Boston University.